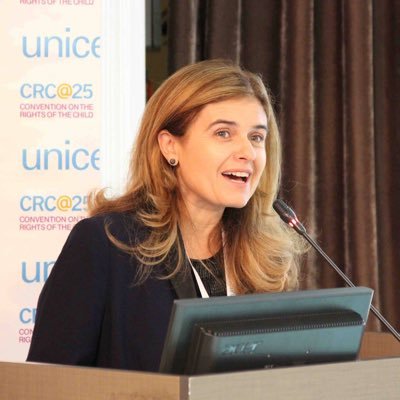 Paloma Escudero was appointed Director of the Division of Global Communications and Advocacy at UNICEF in April 2013. Bringing her extensive experience and expertise in the areas of communications, fundraising, advocacy and brand management, she oversees UNICEF's global public outreach and communications as its senior communication official. Prior to the appointment, Ms. Escudero had already been well known among the UNICEF family as Executive Director of the Spanish National Committee. Under her management between 2007 and 2013, the Committee was transformed into a highly efficient organization ─ increasing its contribution to UNICEF programmes in over 150 developing countries and contributing significantly to emergencies such as the Haiti earthquake in 2010.

StratCom Talk - 7 / Communicating for Every Child